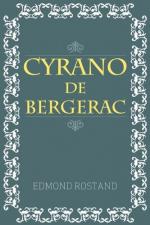 Cyrano de Bergerac - Research Article from Literature and Its Times

The playwright Edmond Rostand (1868- 1919) was born into a wealthy family whose members encouraged him to write. He studied law, then worked for a short time in a bank. Eventually Rostand devoted himself entirely to his writing. He grew fascinated by the life of the writer Savinien de Cyrano de Bergerac and avidly read all his hooks. Rostand based his most renowned play, Cyrano de Bergerac, on this writer's life. The real Cyrano lived in France from 1619 to 1655, and the events of the play take place during the last two decades of his life.

Life in France during the 1600s. From 1618 to 1648, the Thirty Years War raged throughout most of Europe. Political dissatisfaction and religious tension from the Reformation fueled the conflict, which was fought largely in Germany. The war was...

Cyrano de Bergerac from Gale. ©2008 Thomson Gale, a part of the Thomson Corporation. All rights reserved.