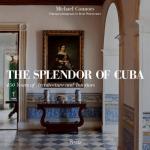 This encyclopedia article consists of approximately 13 pages of information about Cuba.

Cuba is the largest island in the Greater Antilles, an island range in the Caribbean Sea. It is comprised of the main island and the Isle of Youth. The capital city is Havana (La Habana).

When the European navigator Christopher Columbus encountered the island of Cuba in 1492 C.E., it was populated by the Siboney and Taino peoples, whose religious traditions have been virtually eliminated. Columbus claimed the island for Spain, and in subsequent waves of immigration Europeans, Africans, and Asians would take their religious heritages to Cuba. The British introduced Protestantism to Cuba in 1762, when they briefly occupied Havana.

While Roman Catholicism has always been statistically the majority religion of Cuba, African religious traditions—taken to the island by West African slaves—remain part of the...

More summaries and resources for teaching or studying Cuba.

Cuba from Gale. ©2005-2006 Thomson Gale, a part of the Thomson Corporation. All rights reserved.