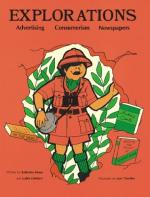 Consumer Culture - Research Article from Encyclopedia of Communication and Information

This encyclopedia article consists of approximately 12 pages of information about Consumer Culture.

Any spectator of the contemporary visual landscape readily recognizes the prominence of material goods and their consumption in the increasingly global culture. Some observers argue that the landscape is "littered" with consumption icons and that it is a product of a larger project to create and sustain consumer culture. Other, less conspiratorial perspectives at least acknowledge the role that the "dream worlds" of the media play in perpetuating consumerism.

According to Yiannis Gabriel and Tim Lang (1995), consumerism has at least five distinct connotations. It is a moral doctrine, a means for demarcating social status, a vehicle for economic development, a public policy, and a social movement. Consumerism is defined here as the collection of behaviors, attitudes, and values that are...

More summaries and resources for teaching or studying Consumer Culture.

Consumer Culture from Macmillan. Copyright © 2001-2006 by Macmillan Reference USA, an imprint of the Gale Group. All rights reserved.