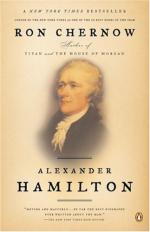 This encyclopedia article consists of approximately 7 pages of information about Congressional Report on Manufactures.

Excerpt from Report to Congress on the Subject of Manufactures

Presented to the Speaker of the House of Representatives, December 5, 1791

Published in the Annals of the Second Congress, Appendix, 1791–1793

Alexander Hamilton (1755–1804) was the first secretary of the treasury of the United States and one of its founding fathers. The founding fathers are the members of the Constitutional Convention who drafted the U.S. Constitution in 1787. Like his opponent in government, Thomas Jefferson (1743–1826), Hamilton greatly affected the shape of the new nation.

Hamilton was raised in the West Indies. He was the illegitimate (born of parents not married to each other) child of an aristocratic but unsuccessful Scottish trader who abandoned the family when Hamilton was about ten years old. When Hamilton's mother died in 1768, her relatives recognized his intelligence and arranged for him to attend preparatory school in New Jersey. After finishing...

More summaries and resources for teaching or studying Congressional Report on Manufactures.

Congressional Report on Manufactures from UXL. ©2005-2006 by U•X•L. U•X•L is an imprint of Thomson Gale, a division of Thomson Learning, Inc. All rights reserved.