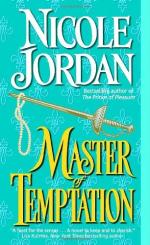 This encyclopedia article consists of approximately 46 pages of information about Communism.

Communism is a political and economic system in which citizens share property and wealth based on need. Private ownership does not occur. The idea of communism was set forth by Plato in The Republic in the 300s B.C. Plato's ideas were followed by those of Sir Thomas More, who in the sixteenth century described utopias based on common ownership. Communism did not become a formal political system until the nineteenth and twentieth centuries when Karl Marx brought communistic ideas to center stage. It was further developed and implemented by Vladimir Lenin and Joseph Stalin in the Soviet Union, and after World War II, began to spread to countries such as East Germany, China, and Poland.

As the twentieth century drew to a close, communism began to experience...

More summaries and resources for teaching or studying Communism.

Communism from Gale. ©2005-2006 Thomson Gale, a part of the Thomson Corporation. All rights reserved.