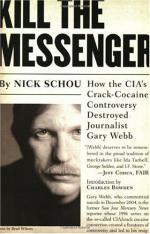 This encyclopedia article consists of approximately 4 pages of information about Cocaine.

The signs and symptoms of withdrawal from depressant drugs, such as alcohol or heroin, are much easier to recognize than the symptoms of withdrawal from the stimulant drug cocaine, because a cocaine abuser who stops taking the drug has no immediate physical symptoms. Instead, the person feels a severe change in mood. Because of the lack of physical withdrawal symptoms, both medical professionals and the public long believed that cocaine was not an addicting drug. The cocaine epidemic of the 1980s led to greater concern about how cocaine affects users. Researchers studied the drug to determine whether cocaine use leads to dependence and withdrawal.

By conducting interviews with outpatients who had been cocaine users, researchers have identified three phases that occur after a person stops taking the drug:

More summaries and resources for teaching or studying Cocaine: Withdrawal.

Cocaine: Withdrawal from Macmillan. Copyright © 2001-2006 by Macmillan Reference USA, an imprint of the Gale Group. All rights reserved.