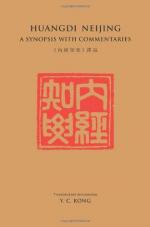 This encyclopedia article consists of approximately 3 pages of information about Ch&#x0027;in Shih-Huang-Ti.

Ch'in Shih-huang-ti was a formidable figure in ancient Chinese history. As the emperor of the Ch'in Dynasty he established the parameters of dynastic rule that all others would follow for the next 2,000 years. During his rule, he unified much of China with his aggressive government, which was based on the teachings of Legalism. In fact, the name for China derives from the Ch'in dynasty. It was under Ch'in Shih-huang-ti that much of the Great Wall of China was built, as well as a huge burial compound now known as the Ch'in tomb.

Between 771 and 221 B.C., China consisted of numerous independent states found mostly in the north. Each state was fighting for control of land, in what was known as the "Warring States Period." The Ch'in, a small state in the northern regions of the Wei River...

More summaries and resources for teaching or studying Ch'in Shih-Huang-Ti.

Ch'in Shih-Huang-Ti from Gale. ©2005-2006 Thomson Gale, a part of the Thomson Corporation. All rights reserved.