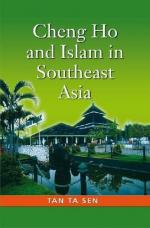 Cheng Ho - Research Article from Science and Its Times

This encyclopedia article consists of approximately 3 pages of information about Cheng Ho.

Cheng Ho was one of the greatest early explorers, expanding the predominance of his homeland China into many foreign lands, particularly those in or bordering on the Indian Ocean. After his death, however, powerful Chinese officials became increasingly isolationist, eventually destroying many of the records documenting his travels.

Cheng Ho (also known as Zheng He) was born in 1371 in China's Kunyang, Yunnan province, under the name of Ma Sanpao. Ming troops captured him when he was ten years old and sent him as a household servant to a prince named Chu Ti (Zhu Di). Like the other local children captured by the army, Cheng was castrated.

Over the next two decades, Cheng's duties grew, and he soon began following the prince into battle against the Mongols. Through these engagements, Cheng made a name for himself as a military leader. In 1402, the...

More summaries and resources for teaching or studying Cheng Ho.

Cheng Ho from Gale. ©2005-2006 Thomson Gale, a part of the Thomson Corporation. All rights reserved.