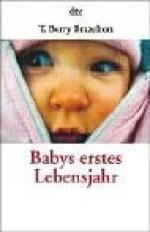 This encyclopedia article consists of approximately 2 pages of information about Brazelton, T. Berry (1918-).

Like Dr. Benjamin Spock (1903-) before him, T. Berry Brazelton has earned a nationwide reputation as a trusted expert on child care, reaching a mass audience through books, personal appearances, newspaper columns, videos, and a cable-TV program. His research on infant behavior and development led him to formulate the Neonatal Behavioral Assessment Scale (NBAS), a series of clinical tests used in hospitals worldwide. Brazelton's efforts on behalf of children have also been extended to the public policy arena through congressional appearances and lobbying efforts.

Thomas Berry Brazelton II was born in Waco, Texas, in 1918. By the sixth grade he had decided on a career in pediatrics. He earned his undergraduate degree from Princeton in 1940 and his M.D. from Columbia in 1943. He remained there another year as an intern and then served...