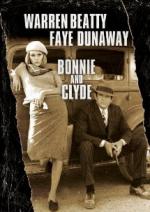 Bonnie and Clyde - Research Article from Outlaws, Mobsters and Crooks

Arthur Penn
This encyclopedia article consists of approximately 9 pages of information about Bonnie and Clyde.

Romanticized for their devotion to each other and their devil-may-care lives on the run, Bonnie Parker and Clyde Barrow were headline-makers. They robbed banks and stores—but not very successfully. They killed—with no sign of remorse. And they captured the public’s imagination—both then and now.

Clyde Barrow was born in Telice, Texas, on March 24, 1909. His parents, Henry and Cumie Barrow, had seven other children. The Barrow family was extremely poor. As a youth, Barrow was sent to the Harris County School for Boys, a reformatory, where he was deemed to be “an incorrigible truant [absent from school without permission], thief, and runaway.” After he was released, Barrow joined a gang of petty thieves in Houston, Texas, known as the Square Root...

More summaries and resources for teaching or studying Bonnie and Clyde.