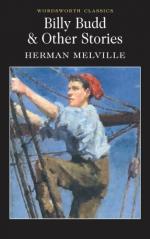 Billy Budd, Sailor - Research Article from Literature and Its Times

Born in New York City in 1819, Herman Melville began a career at sea when he was nineteen years old. He served first on a merchant ship and later on an American navy vessel, his experiences furnishing him with material that inspired his later fiction. Completed at age seventy-two in his final year of life, Billy Budd, Sailor (also called Billy Budd, Foretopman), reflects the author's personal views and feelings on religion and humanity as he approached death.

War between England and France. France erupted in revolution in July 1789. A new government came to power, conquered Belgium and several other areas of Europe, and executed France's previous ruler, King Louis XVI, on January 21, 1793. At the outset, participants in the French Revolution set out to acquire a greater share of rights in a...

Billy Budd, Sailor from Gale. ©2008 Thomson Gale, a part of the Thomson Corporation. All rights reserved.