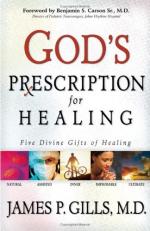 Benjamin S. Carson - Research Article from Science and Its Times

This encyclopedia article consists of approximately 2 pages of information about Benjamin S. Carson.

In 1987 Dr. Ben Carson marked a milestone in neurosurgery when he successfully separated a pair of Siamese twins conjoined at the head, an operation that is arguably one of medicine's most significant accomplishments. Carson also made surgical history when he performed a successful hemispherectomy (removal of half the brain) on a young girl who suffered interminable seizures. In yet another groundbreaking procedure, he operated on an unborn twin suffering from hydrocephaly—cerebrospinal fluid on the brain—that caused an abnormal expansion of the baby's head. Carson was able to relieve the swelling and remove the surplus fluid—all while the infant remained in its mother's uterus.

Carson was born on September 18, 1951, in Detroit, the son of Robert Solomon and Sonya Copeland Carson. His father left when Carson was eight, forcing his mother, a domestic worker, to raise Carson and his brother...

Benjamin S. Carson from Gale. ©2005-2006 Thomson Gale, a part of the Thomson Corporation. All rights reserved.