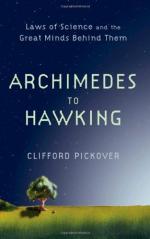 This encyclopedia article consists of approximately 2 pages of information about Archimedes.

Although more commonly used to lift water, this Archimedes screw is moving plastics through a recycling plant.

Archimedes is famous for his practical applications of mathematics. During his time in Egypt, Archimedes invented a device now known as the Archimedean screw. This device is still employed in many parts of the world to pump water for irrigation. A short time later, he invented the double pulley, which was used by merchants to haul boats out of water. Archimedes...

Archimedes from Macmillan. Copyright © 2001-2006 by Macmillan Reference USA, an imprint of the Gale Group. All rights reserved.