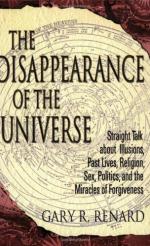 Appearance and Reality - Research Article from Encyclopedia of Philosophy

This encyclopedia article consists of approximately 12 pages of information about Appearance and Reality.

In The Problems of Philosophy Bertrand Russell referred to the distinction between appearance and reality as "one of the distinctions that cause most trouble in philosophy." Why it should cause trouble in philosophy, however, when it causes little or no trouble outside of philosophy, Russell did not say. The distinction has played an important part in the thinking of many philosophers, and some of them, including Russell, have employed it in curious ways to support odd and seemingly paradoxical claims. It may be this last fact that Russell had in mind when he spoke of trouble.

There is a potentially troublemaking ambiguity in the term to appear and its cognates. (This ambiguity is not peculiar to English but is...

More summaries and resources for teaching or studying Appearance and Reality.

Appearance and Reality from Macmillan. Copyright © 2001-2006 by Macmillan Reference USA, an imprint of the Gale Group. All rights reserved.