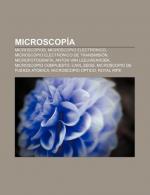 Anton Van Leeuwenhoek - Research Article from Science and Its Times

This encyclopedia article consists of approximately 3 pages of information about Anton Van Leeuwenhoek.

Known as the father of microbiology, Anton van Leeuwenhoek was a Dutch scientist who was the first to use a microscope to observe bacteria and protozoa (one-celled animals). His researches on lower animals refuted the then-held doctrine of spontaneous generation (the idea that living organisms could be created from inanimate matter), and his observations helped lay the foundations for the sciences of bacteriology and protozoology. Leeuwenhoek was an unlikely scientist. He had no formal training, but with his skill, his diligence, his endless curiosity, and an open mind free of the scientific dogma of his day, he succeeded in making some of the most important discoveries in the history of biology. He routinely shared his research and in the process opened up the entire world of microscopic life to the scientific community.

Leeuwenhoek was born in Delft, Holland, on...

Anton Van Leeuwenhoek from Gale. ©2005-2006 Thomson Gale, a part of the Thomson Corporation. All rights reserved.