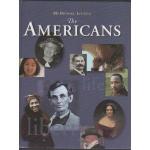 This encyclopedia article consists of approximately 7 pages of information about Americans&#x0027; Reactions to Benedict Arnold&#x0027;s Treason.

"Treason of the blackest dye was …discovered. General Arnold …lost …every sense of honor, of private and public obligation…. "

In colonial America, there were many men who were just as eager to get ahead as Thomas Hutchinson (1711–1780; see earlier entries in this chapter). For a man like Benedict Arnold (1741–1801), whose father had left him no money, one of the best and fastest ways to get noticed was by advancing through the military ranks. More than a few Revolutionary-era figures first came to national attention in that way, but not many were as famous as Arnold, both before and after his betrayal of his country.

By all accounts, Arnold was an outstanding military leader. He was loved by his men and exhibited tremendous courage and daring in battle. In 1775, he nearly...

Americans' Reactions to Benedict Arnold's Treason from UXL. ©2005-2006 by U•X•L. U•X•L is an imprint of Thomson Gale, a division of Thomson Learning, Inc. All rights reserved.