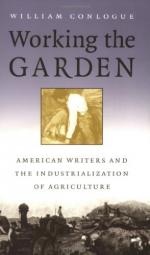 This encyclopedia article consists of approximately 7 pages of information about Agriculture, History Of.

The history of agriculture (the production of food by plant cultivation and animal husbandry and control of productivity) can be organized around several themes (such as time, productivity, environmental impact, and genetic diversity). The most obvious is time and the sequence of events from gathering wild plants for food to crop plant domestication, to yield-enhanced hybrid seed.

The origin of agriculture was around ten thousand years ago or approximately four hundred human generations back in time and prehistory, before written records were kept. What is known is based on evidence gathered from archaeological sites. Agriculture started independently in at least three places in the world, each with a distinctive cluster of plants drawn from the local flora: Mesoamerica (Mexico/Guatemala: corn, beans, squash, papaya, tomatoes, chili, peppers), the Fertile Crescent (Middle East...

More summaries and resources for teaching or studying Agriculture, History Of.

Agriculture, History Of from Macmillan. Copyright © 2001-2006 by Macmillan Reference USA, an imprint of the Gale Group. All rights reserved.