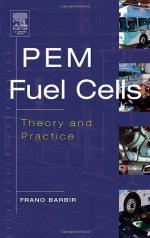 Advances in Cell Theory - Research Article from Science and Its Times

This encyclopedia article consists of approximately 5 pages of information about Advances in Cell Theory.

In the 1830s Matthais Jakob Schleiden (1804-1881) and Theodor Schwann (1810-1882) established the basic principles of modern cell theory. Cell theory allowed scientists to see the cell as the fundamental unit of life. Schleiden and Schwann realized that the entity Robert Brown (1773-1858) had named the "nucleus" was an essential feature of cells in animals as well as plants. As cell theory developed it provided a powerful new framework for understanding the structure of the body, the mechanism of inheritance, the development and differentiation of the embryo, the unity of life from simple to complex organisms, and evolutionary theory. According to cell theory, the body is composed of cells and cell products.

Tissue doctrine, elaborated by Marie François Xavier Bichat (1771-1802), represents an ambitious attempt to analyze the fundamental structural and vital elements of the body. According to Bichat...

More summaries and resources for teaching or studying Advances in Cell Theory.

Advances in Cell Theory from Gale. ©2005-2006 Thomson Gale, a part of the Thomson Corporation. All rights reserved.