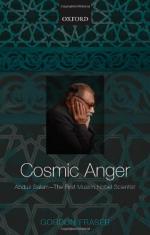 Abdus Salam - Research Article from Science and Its Times

This encyclopedia article consists of approximately 2 pages of information about Abdus Salam.

For his work on the relationship between the electromagnetic and weak forces—two of the four known basic forces governing nature—Abdus Salam shared the 1979 Nobel Prize in physics with Sheldon Glashow and Steven Weinberg. During the 1960s, all three men, working independently of one another, developed similar theories. Salam's, published in 1968, showed that the electromagnetic and weak forces might be two parts of a single, more fundamental force, the electroweak force. Salam has been active in the movement to improve scientific education in the Third World and to this end helped establish the International Center for Theoretical Physics in Trieste, Italy, in 1964.

Born on January 29, 1926, in the rural Pakistani village of Jhang, Salam was born to Muhammad Hussain and Hajira Salam. His father worked for the local department of education. Salam entered the Government College at Punjab University in Lahore when he...

More summaries and resources for teaching or studying Abdus Salam.

Abdus Salam from Gale. ©2005-2006 Thomson Gale, a part of the Thomson Corporation. All rights reserved.