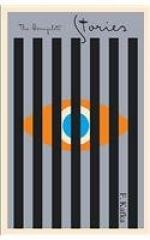 The free Stories of Franz Kafka notes include comprehensive information and analysis to help you understand the book. These free notes consist of about 43 pages (12,831 words) and contain the following sections:

The novella opens when Gregor Samsa, a hardworking young man living at home, wakes up into the body of a giant bug. (Although the species is never named, Gregor is described as a cockroach and a beetle.) He lay awake in hid bed struggling to decipher a way out of his predicament, for he has lived his life every day in order to pay back his parents and support his entire family on the salary of a traveling salesman. He has no social life, as he is constantly traveling from town to town working. As Gregor has missed the 7:00am train, his manager arrives at the Samsa home to check up on him and to make sure he has not escaped with a large sum of company money. When Gregor hears his manager's voice, he struggles to life his large body and numerous legs out of bed and opens the door into a new world.

The Samsa family stares at Gregor in terror and fear, not understanding what has befallen their beloved son and brother. The manager escapes in fear as Mr. Samsa forces Gregor back into his room. As the family habituates to Gregor's new state, so does he. He learns how to move around, how to stay still when nobody is around, and how to eat. He realizes that his injuries heal more quickly than as a human, but that his mobility is more difficult. He can climb ceilings, but he leaves dark marks behind. He can hide under the couch, but his body sticks out the sides. Nobody wants to spend any time with or near him and everyone has a different idea of what is best for him.

Immediately after the metamorphosis, the maid quits her post with the Samsa family, rushing out of the crazy world. Gregor's mother, Anna, who suffers from sever asthma, is left to do all the housework with his sister, Grete, who has always known the easy life. She plays violin and had planned on attended the Conservatory via Gregor's financial efforts. Unfortunately, those dreams are over. All three remaining family members are forced to take on extra work and spend their time doing their extra duties.

Grete and Anna argue over whether or not to remove the furniture from Gregor's room so that he may move around more easily. They compromise over the desk, and leave it as is, so that when Gregor returns to his normal self, his possessions will still be in tact. Hurt by his family's decision to take away everything that he owns, Gregor comes out of his room. Unfortunately, he exits at the same point that Mr. Samsa returns home. Engulfed with rage, Mr. Samsa hurls apples at Gregor, injuring him permanently. One of the apple pieces is thrust into his back and nobody is courageous enough to remove it. Gregor is forced back into his room, alone, with the apple rotting in his body.

The Samsa family is still in financial strain, as Gregor has lived longer than expected in his transformed physical state. They are forced to take in three roomers who pay money in exchange for room and board. Grete and Anna cook for them, while they eat in the Samsa kitchen and relax in the Samsa dining room. One day, Grete pulls out her violin and plays soothing music from inside the kitchen. Initially, the roomers are intrigued and ask her to come closer to them so that they may follow along with the music and hear her more clearly. Upon closer examination, they feel she is a talentless girl with no future and grow tired. Gregor, however, is entranced by his sister's music and follows the sounds to the living room. Unbenkonwst to the roomers, Gregor walks into the room, wondering how if he is animal, how he can be so moved by music. When one of the roomers sees Gregor in his presence, he erupts, claiming he will not pay Mr. Samsa a single cent for rent and plans to move out immediately. The other two follow in his lead.

Later that evening, Grete calls her parents together to discuss Gregor's doom. She believes he is no longer her brother and is simply an animal who is causing the family horrible pain and strife. She wants to rid their life of him. Mr. Samsa agrees, while Mrs. Samsa weeps. Gregor overhears this conversation and stays up the entire night looking outside his window. The following morning, the new housekeeper enters his room and finds him dead.

After the housekeeper alerts the family that she has taken care of the mess and disposed of Gregor's body, the Samsa family decides to leave the apartment. They ponder moving into a smaller home and selecting furniture that they desire, instead of those purchased by Gregor. When Grete stands, however, her parents notice a blossoming young body, and wonder if she will be the next prosperous child.

In a series of four short stories, several characters are developed pertaining to solitude and social class. The first story is about a trapeze artist who struggles with his daily life atop the world. Although he has few friends and little social contact, he fears little in the world and seems content. The only problem he finds in his schedule is the constant traveling. Consequently, his manager does everything possible to alleviate all pain and organizes more peaceful travels. However, the trapeze artist begs his manager to place a second trapeze in the act, for he cannot admit to his constant fear of falling. He claims that two trapezes are always better than one when a single person is in the air. The manager agrees and notices a furrow in his trapeze artist's sleeping brow.

The second story discusses a little woman who lives in perpetual frustration with the narrator. Every move he makes, every comment he utters, every thought he thinks seems to drive this little woman mad, until her appearance, work, and relationships are affected by it. He cannot understand such frustrations, for he does not know this woman in any intimate setting. He has never had a conversation, let alone relationship with her. And although he wonders if even is death would help her peace of mind, he knows that nothing can. They both remain trapped in their lives and their bodies, frustrated with the other and the situation.

The third story holds the title for the collection and discusses a fasting artist's (or hunger artist) decline in society. While at one point, his work was revered and watched, it has changed into a dreadful life of a circus freak. In his prime, the starving artist was on display and watched by managers to make sure he never ate, tallied his days of fasting, and completed the fast in a grand spectacle in front of hundreds of people. Decades later, people do not care about the starving artist and have removed him to the placement of a cage in a circus. He claims he starves because he must; he has never been able to find nourishment that satisfies him. Eventually, the cage seems empty and the overseer finds the starving artist's dead body at the bottom. After burying him, the circus places a panther in his place.

The final story describes the mouse people and their beloved songstress Josephine. A female of infinite talent (to them), Josephine provides the piping music for all the mice to hear. Some feel she is their prized possession and must protect her, while others are frustrated with her lack of work and prima dona mentality. Eventually, Josephine disappears, unknown to any other soul. The mouse people continue on with their daily lives as if nothing has changed at all.

More summaries and resources for teaching or studying Stories of Franz Kafka.