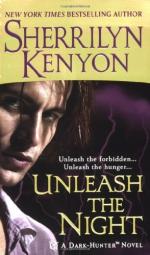 1. What is the result of what Maggie does in question 159?
(a) The leader teleports Maggie into the lake.
(b) They end up in the 1980s at Aristotle's room.
(c) The leader throws her against the wall and knocks her unconsious.
(d) They comply and collar her.

2. What is Maggie searching for in the refrigerator?
(a) A chocolate bar.
(b) Some raw meat.
(c) Whiskey.
(d) Orange juice.

3. What does Zack say when Nicolette asks if he lied about Wren killing his (Wren's) parents?
(a) He says he was lying.
(b) He rushes out, stabbing Aimee to get to the door.
(c) He does not respond.
(d) He says it is the truth and he has proof.

4. Why did Aristotle not come to see Wren?
(a) Because Aristotle thought Wren had died in the fire.
(b) Because Wren was so slow and Aristotle did not want to be saddled with raising him.
(c) Because it would have altered the future.
(d) Because Bill Laurens would have turned Aristotle in for arson.

6. What contributes to Wren and Maggie's lust for each other?
(a) The knowledge that they have much more stamina as animals.
(b) Their were sides.
(c) The musk perfume Maggie is wearing.
(d) They aren't really that attracted to each other.

10. How long does it take for Maggie to get accustomed to her powers?
(a) A year.
(b) She will never be able to control her powers since she obtained them as an adult.
(c) Several hours.
(d) A few days.

11. What happens to some young were animals at full moon?
(a) They cannot control their were side.
(b) They revert to their human form forever.
(c) They commit suicide.
(d) They eat chocolate and become brain damaged.

12. After spying his mother and uncle toasting the death of Wren's father, what is the next thing Wren remembers?
(a) Seeing his mother in bed with his uncle.
(b) Seeing his mother slit his uncle's throat.
(c) Being locked in his Uncle's basement.
(d) Waking up in a cage with the house burning down around him.

13. What does Wren tell Maggie about chocolate?
(a) It is off limits for her.
(b) It will enhance her senses even further.
(c) It is very empowering.
(d) It can make her stay in tiger form much longer than usual.

14. What does the group that is spirited to the bowels of a ship decide?
(a) That they will start their own Sanctuary far away from there.
(b) That they have to come up with some way to prove that Wren did not kill his parents.
(c) That the only way to solve the problem of Wren's accusation is to kill Zack.
(d) That Wren should give himself up to save the rest of them.

15. While Wren is gone, what does Aristotle show Maggie?
(a) The history of their were family.
(b) A way to get out of the house if it is on fire.
(c) The thirteen-year-old Wren in his bedroom.
(d) The location of Aristotle's will and other important papers.

1. How does Maggie think she will protect her and Wren from other were creatures?

2. Who helps Maggie defeat those who transported her out of Savitar's island?

3. From whom does Maggie receive a phone call?

5. Who first tries to teach the youngster Wren had to change from human to were and back again?