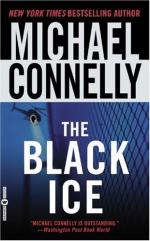 1. What attracts Harry Bosch's attention on the police scanner as the book opens?
(a) Smoke signals.
(b) Brushfire.
(c) A house fire.
(d) Forest fire.

2. Why is Harry upset in the first chapter?
(a) He is alone on Christmas.
(b) His dinner has been ruined by a call.
(c) His radio scanner is broken.
(d) RHD takes a case he thinks should be his.

3. In the first chapter, Harry is thinking about an animal he is attempting to feed and has named "Timido." What kind of animal is it?
(a) A squirrel.
(b) A coyote.
(c) His dog.
(d) A chicken.

4. What holiday is going on as Harry starts his case?
(a) Christmas.
(b) Thanksgiving.
(c) Halloween.
(d) New Year's Eve.

5. The victim of the crime Harry is investigating is a former colleague of his. His life began to disintegrate when:
(a) He began to sell drugs.
(b) He robbed a bank.
(c) He divorced his wife.
(d) Internal Affairs began to investigate.

6. Harry finds Hollywood depressing. Why?
(a) He does not like prostitutes.
(b) He has worked there a long time.
(c) He grew up there.
(d) His colleague was found dead there.