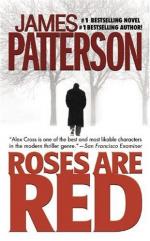 James Patterson
This set of Lesson Plans consists of approximately 125 pages of tests, essay questions, lessons, and other teaching materials.

1. In the first chapter, is it clear as to whether or not Brianne Parker is serious about harming the bank teller if she doesn't do what she says? How does the author show Brianne's attitude about being a female bank robber?

2. If the bank manager had opened the vault immediately when asked to do so, would her family have been spared? Did Brianne know what would happen to the hostages all along?

3. Why does Brianne feel confident and in control of the situation at Citibank?

More summaries and resources for teaching or studying Roses Are Red.