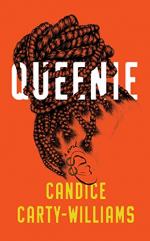 Candice Carty-Williams
This set of Lesson Plans consists of approximately 149 pages of tests, essay questions, lessons, and other teaching materials.

1. In what kind of activity is Queenie engaging when she runs into Guy in Chapter 18?
(a) Listening to music.
(b) Meditating.
(c) Reading.
(d) Walking.

2. Which character is NOT part of the group text featured in Chapter 20 and focused on Tom's new girlfriend?
(a) Queenie.
(b) Kyazike.
(c) Cassandra.
(d) Darcy.

4. Kyazike tells which character in Chapter 15 that she should use the website called Urban Dictionary more often?
(a) Queenie.
(b) Nell.
(c) Darcy.
(d) Cassandra.

5. What term does Gina use in Chapter 16 when she denies Queenie's request to write an article about Black Lives Matter and suggests she write something more "palatable" (190)?
(a) Unsettling.
(b) Controversial.
(c) Radical.
(d) Incendiary.

7. Toward what location does the Black Lives Matter protest march move in Chapter 16?
(a) Brixton Secondary School.
(b) The Brixton Police Department.
(c) The Brixton Library.
(d) Oxford Street.

8. When Queenie goes to the apartment she and Tom used to share, she finds that Tom has a new girlfriend with what name?
(a) Alice.
(b) Mary.
(c) Anna.
(d) Marie.

9. What kind of person does Queenie bring to the fifth floor of the building to show him a poster featuring her likeness?
(a) A nurse.
(b) A police officer.
(c) A security guard.
(d) A janitor.

10. Which of Queenie's actions alarms Gina enough in Chapter 21 that she calls Maggie?
(a) She cannot stop crying.
(b) She cannot stop screaming.
(c) She begins to shake violently.
(d) She faints.

14. What is the name of the health aide who expresses concern about Queenie's wellbeing in Chapter 17 and provides her with Janet's name and number?
(a) Mabel.
(b) Victoria.
(c) Elspeth.
(d) Gladys.

15. During Queenie's first appointment with Janet, she identifies which theme permeating her life as of late?
(a) Longing.
(b) Regret.
(c) Despair.
(d) Loss.

1. A flashback in Chapter 24 provides a look at which of Queenie's past birthdays?

2. What type of transportation does Queenie use to reach Cassandra's house in Chapter 20?

3. To whom does Queenie say that Roy "made sure that any self-esteem [she] had was crushed into nothing" (233)?

4. In which location does Chapter 13 of Queenie begin?

5. How many projects does Gina assign to Queenie in Chapter 15?

More summaries and resources for teaching or studying Queenie.