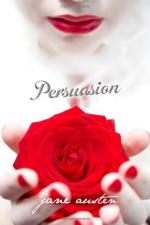 4. Which holiday is fast approaching in Chapter 14?
(a) Easter
(b) Christmas
(c) New Years
(d) Thanksgiving

5. What surprising reaction to Anne's father and sister have over her arrival?
(a) They ask her to leave.
(b) They seem indifferent.
(c) They are happy to see her.
(d) They ask her to stay at the house while they go on a trip.

6. With whom does Anne think that Captain Wentworth is in love?
(a) Mrs. Clay
(b) Louisa
(c) Elizabeth
(d) Anne herself

7. After two days at Uppercross, who comes to take Anne to the apartments on the grounds at Kellynch?
(a) Mr. Croft
(b) Mr. Wentworth
(c) Sir Elliot
(d) Lady Russell

11. To what does Mrs. Smith tells Anne that Mr. Elliot led her family?
(a) poverty
(b) good health
(c) understanding
(d) wealth

12. Mr. Elliot married his first wife for what reason, according to Mrs. Smith?
(a) love
(b) because their families forced them to
(c) convenience
(d) money

1. Mary and her husband go where with Mrs. Musgrove?

2. Who hopes that Mr. Elliot will marry her?

3. Captain Benwick intends to call on whom soon, according to Charles?

4. Who tells SIr Elliot and Elizabeth that they will soon leave?

5. The Crofts announce that they are going away for how long?