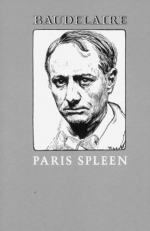 Charles Baudelaire
This set of Lesson Plans consists of approximately 131 pages of tests, essay questions, lessons, and other teaching materials.

This person attempts to mimic Aloysius Bertrand's "Gaspard of the Night".

This person is a professor of English Literature.

Fancioulleappears in A Heroic Death

This character is a jester who is favored in the court.

The Princeappears in A Heroic Death

This character faces charges that his favorite actor was in conspiracy to form a rebellion against him.

This person is a poor old man in a ragged hut that sits at the outskirts of a busy market.

This character is a bold and beautiful woman who is saving money to rescue her sister.

This person has green eyes that help the poet tell the time.

This decrepit, toothless, and hairless character's joy is to...