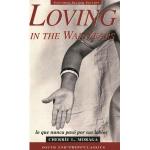 Cherríe Moraga
This set of Lesson Plans consists of approximately 126 pages of tests, essay questions, lessons, and other teaching materials.

She is a half-white and half-Mexican lesbian who is the author of all the poems and essays contained in this collection.

She was an Aztec princess who, according to legend, slept with Cortez, a Spanish conquistador, and eventually helped usher in the European domination of the Americas.

She had a great influence on her daughter's life especially in regards to her sexuality.

She is a fellow Chicana lesbian activist and the author cites her work on several occasions and generally agrees with her ideas.

Octavio Paz was a Mexican writer from whom Moraga borrowed the sexual distinction between the chingon and chingada, or, roughly, the ripper and the ripped.

She is a woman who, according to legend, was sentenced to roam the earth looking for the children she killed when she discovered her husband had sexually betrayed her...