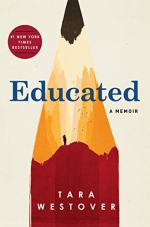 1. What made Tara's family different from other families she knew?

The children in Tara's family did not go to school.

2. What did Tara worry would happen if she left the mountain?

Tara worried that she would not be able to find her way home if she left.

3. What traumatized Tara about her father's story in Chapter One?

Tara's father told his children a violent tale about a family just like theirs getting caught by the Feds.

4. What was Tara's father's relationship with his mother?

Tara's father and grandma-down-the-hill often fought, but were united by the mountain.

5. What was Tara's father's problem with public education?

Tara's father believed that public school was a tool the government used to turn children away from religion.

6. What did grandma-down-the-hill plan for Tara in Chapter One?

Grandma-down-the-hill planned to take Tara to Arizona with her so she could get an education.