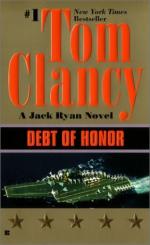 Write a short story from the point of view of a minor character in the novel, following their story after the perspective of the novel shifts away from them. The story should include at least one of the major developments of the novel from that character's perspective. Share short stories with the class.

Shortly after the Japanese occupy Saipan, they begin a campaign to reassure the populace and sway them to join Japan. They hold elections for governor, and arrange for a vote held as to whether the island will side with Japan or the U.S. Create a propaganda poster on this subject. The poster could entice Japanese citizens to seek citizenship in Saipan, encourage Saipan residents to vote to side with Japan, or invite voters to elect Yamata as governor in Saipan. Put the posters on...