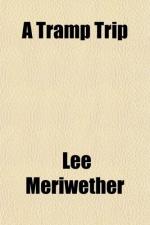 This Study Guide consists of approximately 73 pages of chapter summaries, quotes, character analysis, themes, and more - everything you need to sharpen your knowledge of America 1950-1959.

Great strides were made in American science during the 1950s. Major inventions and discoveries were almost daily events, and previously ignored technology improved upon and made commercially applicable. The field of science seemed to change overnight. Previously, the scientist generally worked alone or, perhaps, with a student assistant or two. He (most scientists were men in the 1950s) worked with minimal equipment and funding to find answers to questions that interested him. The questions changed over time as scientific interests — and budgets — changed. During the 1950s people turned to scientists to solve their problems more often than ever before.

The massive military projects of World War II demonstrated that large groups of scientists could be brought together to work with each other toward a specified research goal. The most significant example is the production of the atomic bomb. Because of the urgency...

More summaries and resources for teaching or studying America 1950-1959: Science and Technology.