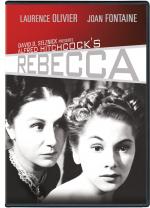 Alfred Hitchcock
This Study Guide consists of approximately 30 pages of chapter summaries, quotes, character analysis, themes, and more - everything you need to sharpen your knowledge of Rebecca.

Trip to the Cliff

Their first meeting reveals a lot about the future of their relationship. The Second Mrs. de Winter is young and naïve. She cannot even imagine the horrors that Maxim has lived through or how difficult her young life would end up being. She is innocent and he is haunted.

The trip to the cliff is symbolic for Maxim as he...