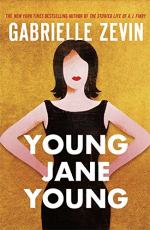 Forestgreen is the gated community where Aviva grew up. Rachel and her husband Mike live here in a minimansion during their marriage. Their neighbors are Roz and Levin. Rachel meets Roz and becomes lifelong friends with her neighbor, the two women remaining friends long after Rachel moves out. Levin and Aviva first meet here, when she is just a girl, though they do not date until later.

Miami is the city in Florida where Aviva and Levin conduct their affair. Aviva goes to school at the University of Miami, where she decides she wants to go into politics. Her father sets her up with an interview at Levin's campaign office in the city, and she gets hired as an intern. The affair takes place all throughout the city, and the pair gets into a car accident that exposes them to the public. The affair is a gigantic...