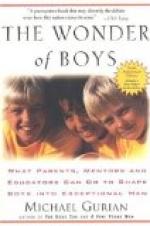 This Study Guide consists of approximately 44 pages of chapter summaries, quotes, character analysis, themes, and more - everything you need to sharpen your knowledge of Wonder Boys.

The novel is mostly set in the city of Pittsburgh, Pennsylvania. Grady teaches at an unnamed college in Pittsburgh and lives nearby. The Gaskells live near the college as well and sometimes host receptions for writers and students at their home. The narrative largely focuses on Grady’s various misadventures over the period of a weekend during the college’s annual literature festival.

Grady grew up in a small, unnamed Pennsylvania town. After his parents died, he was raised by his grandmother, who owned and operated a hotel called the McClelland hotel. Albert Vetch was a resident of the hotel and eventually killed himself in his room. At the end of the novel, Grady returns to his hometown with Sara. Sara and Grady both acquire jobs at the nearby Coxley College and begin to raise their son together.

At one point during...

More summaries and resources for teaching or studying Wonder Boys.