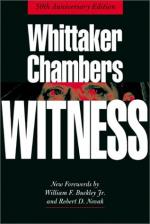 A scholarly yet accessible study of the complex intersection between science and poetry in the work of three of the most influential poets of the modern era, this book examines the appropriation of scientific metaphors in the writing of the early twentieth century.

The acclaimed science writer David Levy shows in this diverse and rich collection how the starry night sky has long captured the imagination of poets and scientists alike. This collection includes works by Galileo, Shakespeare, Milton, and Keats, among others.

Starting from the physicist’s assumption that the universe is a much stranger place than either science or poetry imagined, Lockwood...