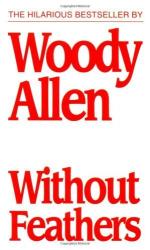 An unnamed narrator suggests that no writer has created stronger female characters than Jorgen Lovborg, a Scandinavian playwright whose heartbreaking experiences with the opposite sex drove him to create depressing, shocking plays, as well to bring about a safer means of weighing herring.

An excerpt from Lovborg's I Prefer to Yodel introduces Hedvig, a character based on Lovborg's own much loved, but domineering sister. In the scene, Hedvig responds to the unfortunate news that the roof of the hen house has collapsed on Klavar Akdal, rendering him forevermore blind and bald. Although she was aware that the roof was made of substandard materials, Hedvig responds aggressively to the news, betraying only the barest hint of remorse. The scene concludes with Hedvig offering to wash everyone's shorts.

A second excerpt, this one from While We Three Hemorrhage, Dorf and Netta...