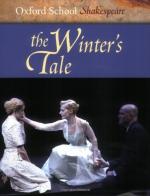 William Shakespeare
This Study Guide consists of approximately 41 pages of chapter summaries, quotes, character analysis, themes, and more - everything you need to sharpen your knowledge of The Winter's Tale.

This detailed literature summary also contains Quotes and a Free Quiz on The Winter's Tale by William Shakespeare.

The Winter's Tale, a play by William Shakespeare, opens with two childhood friends, Leontes and Polixenes, discussing the fact that Polixenes feels the need to return to his home. Leontes is the king of Sicilia and Polixenes is the king of Bohemia. When Polixenes refuses Leontes’ request that he extend his visit by a few days, Leontes turns to his wife, Hermione. She pleads with Polixenes to remain another week and laughingly threatens to hold him prisoner if he refuses. Polixenes gives in and all are happy. Leontes then tells Hermione that the only time her words carried a greater impact on him were when she pledged her love to him. As he later thinks over the situation, he becomes convinced that Hermione and Polixenes are having an affair. Hermione is pregnant, and Leontes is convinced that Polixenes is the father.

Everyone but Leontes believes that Hermione and Polixenes are innocent. Leontes has a friend promise to poison Polixenes but the friend alerts Polixenes to the plot instead. Polixenes leaves for home and Leontes takes his action as sign of his guilt. He has Hermione imprisoned and she’s there when she gives birth to a girl. Her friend, Paulina, believes that Leontes will change his mind if he sees the baby. She takes the infant to him but rather than being moved, Leontes instructs a friend to leave the child in some desolate place so that her survival is left to fate. The friend instead takes the baby, later named Perdita, to Bohemia where she is taken in by the Old Shepherd. Back in Sicilia, Hermione and her son, Mamilius, die. A prophesy from the god Apollo indicates that the kingdom will remain without an heir until Perdita is found.

Sixteen years pass. Perdita has grown up and meets Florizel, son of Polixenes and heir to the Bohemian throne. Florizel and Perdita plan to marry, but Polixenes finds out about it. He is furious, believing that Perdita is merely the daughter of a lowly shepherd. The Sicilian Lord Camillo has been in Bohemia all these years but sees a way to return to his home. He advises Florizel to go to Sicilia and pretend to be there as an emissary from his father.

Camillo tells Polixenes of Florizel’s plans and Polixenes sets out for Bohemia. Meanwhile, the Old Shepherd plans to tell Polixenes the story of how he came to find Perdita in an effort to escape the king’s wrath. Once Polixene and Camillo see the package that the Old Shepherd says he found with Perdita, they realize that Perdita is the long-lost daughter of Hermione and Leontes. When they reveal this to Leontes, everyone is happy but they all still miss Hermione. A lady of the court, Paulina, reveals that she’s had a statue commissioned of Hermione. A group, including Leontes and Perdita, go to the room where the statue stands. They remark that Hermione looks very life-like but not as young as she was when she died. Paulina says that was on purpose. She then offers to order Hermione to come to life and Leontes tells her to go ahead. Hermione steps down from the pedestal, embraces Leontes, and blesses her daughter. As the play comes to an end, Leontes happily says that Paulina and Camillo should be married.

More summaries and resources for teaching or studying The Winter's Tale.