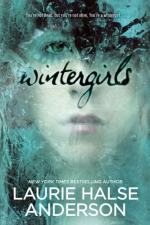 Laurie Halse Anderson
This Study Guide consists of approximately 40 pages of chapter summaries, quotes, character analysis, themes, and more - everything you need to sharpen your knowledge of Wintergirls.

This detailed literature summary also contains Topics for Discussion and a Free Quiz on Wintergirls by Laurie Halse Anderson.

Wintergirls is the story of eighteen-year-old Lia Overbrook, an anorexic cutter who loathes her body, her family, and her life. All these emotions are heightened when Lia's best friend Cassie, a bulimic, dies in a motel room after a long session of bingeing and purging. Before she died, Cassie called Lia 33 times for help, but Lia never picked up the phone. As the novel progresses, Lia spirals dangerously out of control and she must come to terms with her emotions if she wants to live.

As the novel opens, Lia learns that her ex-best friend has been found dead in a motel room. Lia knows that the night before, Cassie called her 33 times, but Lia never answered. She runs up to her room and listens to the messages, each becoming increasingly more desperate, begging Lia for help, begging her to pick up the phone. Lia doesn't let on that she knows anything about Cassie's death because her entire life is about control. Lia is anorexic, and has been sent to a rehabilitation/therapy center twice for hospitalization. Her main goal in life now is to stay out of the mental hospital while hiding her rapid weight loss from her family. Everything in Lia's life is about controlling something, most often food and exercise. This is clearly because Lia feels out of control emotionally. Lia's parents divorced when she was younger, and her father has remarried a nice woman named Jennifer with an eight-year-old daughter, Emma, whom Lia adores. Arguably, Emma is the only good thing going in Lia's life - she resents both her parents for forcing her into the hospital and refuses to have close relationships with them - but even her love for Emma cannot force Lia to eat.

In the days after Cassie's death, Lia is haunted by Cassie's ghost. At first, the ghost simply appears to Lia, letting her know that Cassie's spirit is still around and that she has unfinished business with Lia. Lia is sure that Cassie is haunting her because she refused to pick up the telephone that night. As the hauntings continue, however, Cassie begins to follow Lia around and even talk to her. In time, it becomes clear that Cassie is waiting for Lia to cross over too. As Lia's self-harming behaviors become more out of control, Cassie's hauntings become more frequent, her urging for Lia to "hurry up" sounds more like a demand. Lia doesn't understand why Cassie won't leave her alone or why Cassie's statements about Lia being fat, ugly, and mean, are so ruthless. She tries to restrict her diet even more, exercise harder, cut deeper. Finally, passed out in the same motel room where Cassie died, Lia, at her lowest weight yet, nearly overdoses on sleeping pills trying to shut out the voices that haunt her dreams. In her final vision, Cassie welcomes her to the other side, saying that she's so proud of her and that death is only a moment away. Something kicks inside Lia's chest. She wants to live. She claws her way away from Cassie and back to life. From that moment on, she knows she must change the way she views herself, her relationships, and her body if she wants to live. She enters the hospital and doesn't fight her treatment. For the first time in a long time, Lia actually wants to live.

More summaries and resources for teaching or studying Wintergirls.