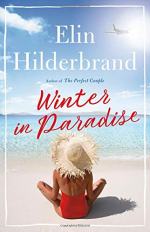 Related Topics
The Perfect Couple
Summer of '69
The Hotel Nantucket

This detailed literature summary also contains Quotes and a Free Quiz on Winter in Paradise by Elin Hilderbrand.

The following version of the novel was used to create this study guide: Hilderbrand, Elin. Winter in Paradise. Little, Brown and Company, October 9, 2018. Kindle.

In the novel, Winter in Paradise by Elin Hilderbrand, Russ Steele’s two lives collide when he is killed in a helicopter crash in the Virgin Islands. Irene Steele, his wife of more than thirty years learns that her husband had a home, a girlfriend, Rosie Small, and a daughter, Maia Small, in St. John. Meanwhile, Rosie’s friends and family learn for sure that the man they knew that Rosie was dating but had never met, was married with a family in another city. The secrets do not end when the secrets about his two families are uncovered, the novel ends with the shocking revelation that the helicopter crash in which Russ and Rosie were killed in under investigation by the FBI because foul play is suspected.

Irene Steele believes she cannot be shocked any more than she has been by her boss’ decision to promote her by cutting her hours and her pay. Since her husband, Russ, got a job that required he travel a good deal, Irene has dedicated her life to renovating her dream house and working at the magazine. Irene’s life is turned upside down when he learns that her husband and a West Indian woman were killed in a helicopter crash. Neither Irene, nor her sons Baker and Cash, were aware that Russ had even been to the Virgin Islands, much less that he owned a home there.

Meanwhile, Rosie’s family and friends are also in shock when they hear the news that Rosie was killed in a helicopter crash. They assume that the Invisible Man, whom they now know is named Russ Steele, is the man who was with her. He was called the Invisible Man because Rosie had not allowed anyone to meet him and had told no one his name. At a memorial ceremony, Ayers, Rosie’s best friend, meets Cash and Baker. They have attended the reception in an attempt to get information about Rosie but they do not tell Ayers who they are. They are both attracted to Ayers, attractions that set off a side plot in which Baker and Cash try to seduce Ayers but neither one tells her who they are.

While her sons are trying to get dates with Ayers, Irene does some detective work of her own. She finds a photo of Russ and Rosie, and realizes that her husband was having an affair with a woman on the island. Irene also befriends Huck, Rosie’s stepfather to find out more about her husband’s lover. Huck and Irene discover together that Maia, Rosie’s daughter, is also Russ’ daughter.

Determined to make good come from Russ’ betrayals, Irene tells Huck that she wants to meet Maia. Irene tells Maia that she wants the girl to feel comfortable calling on her if she ever needs anything. Maia, Irene, Baker, and Cash spread Russ’ ashes on his private beach.

Because Ayers is a parental figure for Maia with Rosie gone, Maia asks Ayers to come with her to meet Irene. At the villa, Ayers confronts Cash and Baker about lying to her. She tells them that they are just like their father in the way the misrepresented themselves in their attempts to go on dates with her.

Back in Iowa City, Cash tells Irene what happened with Ayers. Irene suggests that Cash should try to approach Ayers again if he really likes her. Both Cash and his mother admit that they would rather be back at St. John. Irene had made a close friend in Huck and recognized that he saw her for who she was. The novel ends with a surprise phone call to Huck informing him that the FBI has begun investigating the crash that killed Russ and Rosie. It is believed their deaths were not an accident.