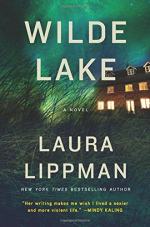 Related Topics
Lady in the Lake
Lady of the Lake

Laura Lippman
This Study Guide consists of approximately 54 pages of chapter summaries, quotes, character analysis, themes, and more - everything you need to sharpen your knowledge of Wilde Lake.

NOTE: This guide refers to the Kindle Edition of Wilde Lake, a novel by Laura Lippman.

Wilde Lake, a novel by Laura Lippman, begins when Luisa Frida Brant (Lu) takes office as Howard County’s first female state’s attorney. Shortly thereafter, a crime occurs. A woman is murdered in her apartment. Eager to make a name for herself, Lu decides to take the case herself instead of giving it to another member of her legal team. Years before, Lu's father had become famous when he won a murder case while in the same office that Lu now holds.

Lu goes to the crime scene and consults with the lead detective on the case. While there, she runs into the victim’s neighbor, Jonnie Forke. Though Jonnie is not interested in getting involved in the case, she finds comfort in the police’s view that the murder is an isolated incident.

It does not take long for the police to find a suspect, a mentally-disturbed vagrant named Rudy Drysdale. Although the suspect had gone to the same school that Lu and her brother (AJ) had attended, Lu does not know him. When she asks AJ, he says that he does not know Rudy either. The police bring Rudy in for questioning. Even though he has a public defender with him during the interrogation, he still implicates himself in the murder.

The police charge Rudy with the crime. Fred, Lu’s old boss whom she defeated during the election, comes to see Lu to tell her that he will be defending Rudy. As Rudy does not have enough money to be able to afford Fred's firm, she assumes that Rudy's parents are paying for his defense. However, Fred never confirms her suspicion. He tries to get Lu to cut a deal, but she refuses. AJ also suggests that Lu should cut a deal when she talks to him about the case.

Lu starts getting messages from a woman named Eloise Schumann who says that it is important for her to talk to to Lu. The woman claims that Lu knows her. Lu, who has problems remembering names, does not remember the lady. So, she does not return Eloise Schumann's calls.

The court process progresses, and Lu goes to court for the selection of the jury. Right before the break, Rudy attacks her. Then, he looks as if he is trying to escape. In reality, he is trying to commit suicide by having the police kill him. The police do not kill him. Later, he commits suicide in his celll.

The case ends, but Lu’s investigation does not because Fred makes a point of telling her that Rudy was dyslexic. Fred’s words continue to haunt Lu. She realizes that Rudy may have entered the wrong apartment due to his dyslexia. In that case Jonnie Forke was his intended victim. After doing some research, Lu discovers that Jonnie Forke is Nita Flood, a girl she knew of in school and whose brothers had accosted, Davey, a good friend of AJ’s during AJ.'s and his friends’ high school graduation party. She starts asking Davey and AJ questions and finally discovers that AJ did know Rudy.

Rudy was the school photographer. He was at the cast party for the county musical that AJ, Davey and another friend, Noel, attended. During the party, two boys from another school made fun of Rudy, and Davey and A.J. defended him. From that point on, Rudy started hanging around AJ‘s group of friends. Even though he was not invited, he was at Davey’s house the night of the alleged rape. He was also at the graduation party. He is the one who killed Ben Flood. Rudy felt as if he had to pay AJ and Davey back for what they did for him. AJ claimed that Ben had fallen on his knife to protect Rudy.

Years later, Nita recognizes Lu when she decides to run for office. She decides to blackmail the boys who were at Davey’s house on the night of the rape. The court records had been sealed even though Davey was found to be innocent. However, as times have changed, the information would be enough to ruin Davey, who is now a powerful minister, in today's society. He is the only one who pays. AJ says that he told Rudy about it and that Rudy had taken it upon himself to try and kill Nita. He made a mistake, though, and went into the wrong apartment. AJ paid for his defense. AJ commits suicide after telling the story to Lu.

Lu finally talks to Eloise Schumann, who is the girl (now woman) who had come forward as a witness in Lu's father's famous case. Lu's father had won the murder conviction against Ryan Schumann, even though the victim's body was never found. Eloise claims that Lu’s father knew that she was the killer, but he had prosecuted Ryan Schumann. She wants a posthumous pardon for Ryan Schumann, who died in prison. However, since she does not want to implicate herself, nothing is done. Lu loses her interest in the law and resigns saying that she has to take care of her family. She writes the story, but she seals the records for100 years to protect her children.

More summaries and resources for teaching or studying Wilde Lake.