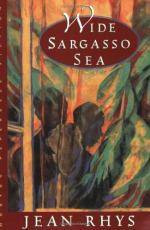 Jean Rhys
This Study Guide consists of approximately 81 pages of chapter summaries, quotes, character analysis, themes, and more - everything you need to sharpen your knowledge of Wide Sargasso Sea.

The composer Gordon Crosse wrote a musical score called Memories of Morning: A Monodrama for Mezzo-soprano and Orchestra in 1973 that is loosely based on Rhys's novel. The score is available through Oxford University Press.

Wide Sargasso Sea from Gale. ©2005-2006 Thomson Gale, a part of the Thomson Corporation. All rights reserved.