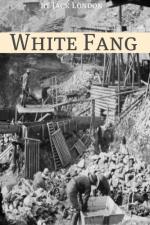 Whereas The Call of the Wild is a mythic tale in which archetypal concerns predominate, its companion piece White Fang is a sociological fable in which London more directly presents his thoughts regarding the deterministic effects of heredity and environment.

The Call of the Wild celebrates Buck's triumphant return to the primitive state, but White Fang consciously reverses the process, tracing the development of love and trust for man in the later novel's canine protagonist. Thus, London uses White Fang to emphasize that environmental factors can civilize as well as brutalize. His novel presents the melioristic notion that, like dogs and wolves, men and society can improve.