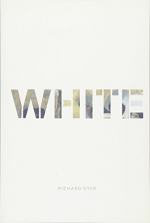 The following version of this book was used to create this guide: Dyer, Richard. White. Routledge, 2017.

Dyer’s book studies representations of whiteness and dissects the various symbols and meanings underlying this concept. The book is divided into six separate chapters, each of which focuses on one specific aspect of whiteness. However, each chapter builds upon concepts first introduced in earlier parts of the book, therefore it is necessary to read the book in chronological order so as to retain the coherence of Dyer’s central themes.

“The Matter of Whiteness” first introduces whiteness as a concept and notes that it is necessary to study white people and culture in the same way in which scholars study other ‘races.’ The reason is that failing to acknowledge whiteness as a race are reinforcing power asymmetries whereby white people are the human norm, simply ‘ordinary’ as opposed to non-white ‘otherness.’ Dyer also explains his personal interest in the study of whiteness, drawing parallels between marginalization experienced by non-white people and that experienced by homosexual people.

“Colored White, Not Colored” explores whiteness through the prism of color in three ways: color as hue, skin tone, and symbol. Dyer effectively demonstrates the significant amount of slippage which occurs between those three subcategories within whiteness. He traces symbolic origins of whiteness back to early Christian iconography and demonstrates how it has continuously held influence in shaping representations of white people and women in particular.

“The Light of the World” turns to a technical analysis of the photographic and film media, finding that, as media of light, they inherently privilege white faces and bodies over non-white faces and bodies. Dyer draws examples from real-life Hollywood movies, makeup ads, and more in order to demonstrate the way in which white and non-white actors, models, and people more generally are represented. Light itself plays a significant role in representations of whiteness through the use of translucent lighting.

“The White Man’s Muscles” explores white bodybuilder hero figures in movies such as Tarzan, Rambo, or the peplum cycle originating in Italy. Exposure of the white male body, according to Dyer, serves numerous purposes in such films and carries special connotations of power and authority when placed in colonial or pseudo-colonial settings.

“There’s Nothing I Can Do! Nothing!” follows Dyer’s investigation into white femininity as depicted in the British TV series “The Jewel in the Crown.” Dyer finds that this show encapsulates a key understanding of white femininity: whiteness in women is characterized by passivity, impotence, purity, and other traits. Whiteness constituted empire, in many ways, but white femininity also contributed to its downfall.

“White Death” concludes the book with a look into science fiction movies and representations of whiteness as death, emptiness, or a terminal reproductive line. Concerns about non-white reproduction and white sexuality abound in science fiction movies, which Dyer views as an extension of the anxiety experienced by white people in the face of lower birth rates among white people and higher birth rates among non-white people. Dyer ties his entire book together by finding a paradox in constructions of whiteness: it is both particular and universal, denoting content but also empty or lacking.