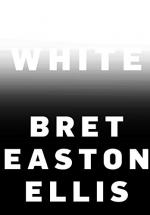 Bret Easton Ellis
This Study Guide consists of approximately 37 pages of chapter summaries, quotes, character analysis, themes, and more - everything you need to sharpen your knowledge of White.

The following version of the book was used to create this study guide: Ellis, Brett Easton. White. Knopf, April 16, 2019. Kindle.

Brett Easton Ellis’ non-fiction book White is a scathing lecture of modern culture and the impact of conformity of art and civilization as a whole. Ellis, a highly intelligent artist, fears that the ability to appreciate art in any form is being wiped out by the pressure to make one’s opinions meld to that of society as a whole. Ellis forecasts that the pressure to avoid offending another race or group of people at all costs will eventually lead to the loss of free speech.

Ellis begins his work with a look back at the period of time in which he grew up, a period he refers to as the Empire of America. Ellis remembers how parents did not hover over their children during this period of time but instead allowed children to interact with the world and learn lessons on their own. He particularly notes the horror movies that he watched as a child, teen, and young adult. The lessons he argues that he learned through these movies was that life did not always make sense and was not always fair.

Ellis moves on to a discussion of acting in which he notes how men at the time were staring to be objectified in the same way women had always been. He draws a parallel between the way actors are forced to live a separate life in the public eye and the way the general population is forced to put forth an acceptable form of their life when they appear on social media.

Ellis spends a good deal of time focused on his novel American Psycho and its main character, Patrick Bateman. Ellis believes that Bateman is a reflection of who he was at the time he was writing the novel, that he, like Bateman, was trying to fit into a culture that he did not understand and did not agree with. He claims the character was born of his own anger and frustration with the obsession with money and things that was popular in the ’80s. Decades later, Ellis believes the book and movie still resonate with people because the themes that he addressed are universal. He argues that “New York in 2016 and beyond was American Psycho on steroids” (277).

Ellis pays particular attention to the September 11, 2001 attack on the World Trade Center, detailing where he was at the time of the attacks as well as his feeling that everything was out of control. It is shortly after these terrorist attacks that the period of time that Ellis labels “post-Empire” begins. Ellis argues the terrorist attacks marked the end of the period of time that America enjoyed its most profitable and influential period.

After the post-Empire period, Ellis believes the era of the corporate culture began. He indicates that this period of time has been marked by the need to conform to an accepted way of thinking about everything from one’s own sexual identity and race to politics and art. Social media is the particular platform on which this need to conform plays out. Ellis describes tweets in which he has been tagged as a troll and a hater simply because he expressed an opposing opinion.

Ellis additionally rages against the political culture in America. He claims that he did not vote for either Hilary Clinton nor Donald Trump but cannot understand why those opposed to Trump cannot come to terms with his behavior. He argues that it was the way the media covered Trump’s campaign, with an inability to play the game by Trump’s rules, that Trump won the election. He criticizes those who disown family members and friends simply because of political affiliation. He ends his book with a story about Trump haters threatening to put Trump’s 11-year-old son in a cage with pedophiles. He wonders if this threat came from a real intent or if it was just the result of childish rage. He suggests that when in this sort of rage, “the first thing you lose is judgment, and then comes common sense. And finally you lose your mind and along with that, your freedom” (261).

More summaries and resources for teaching or studying White (Nonfiction).