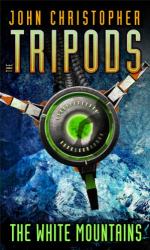 The Tripods Trilogy explores the significance of freedom of thought. In The White Mountains and its sequels, a small band of free people struggles against a race of alien invaders called Masters, who control humanity by "Capping" children around the age of fourteen.

Once Capped, humans are unable to resist the commands of the Masters.

People have lost not only their autonomy but also the knowledge of their own history, and the Earth has reverted to a rather primitive stage of technology.

The Masters appear to be extremely powerful, but they cannot breathe normally in Earth's atmosphere. As a result, they must remain within their domed cities; if they wish to travel they must do so within the mysterious Tripods, great metal machines that move on three legs.

The Masters' greatest weakness proves to be their conviction that human beings lack the will and ability to...