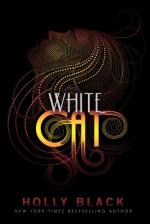 Discuss the theme of identity in this story. What does identity mean to Cassel? Which characters have an identity crisis in the story, and which characters are forced to reconsider their idea of who they really are?

Why is the ban on curse working compared to the real-life Prohibition of alcohol during the 1920s in the United States? What similarities are there? What does this say about curse working and the success of its ban?

Do you believe the workers should have increased rights or not? Do you think the current system is working, and why? If the laws need to be changed, how should they be altered?

Discuss the character of Cassel. What do you think of him? Is he a hero? Do you like him? Give reasons for your answers.

Why is Cassel shocked and disgusted by his mother's actions at the...