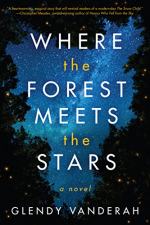 Where the Forest Meets the Stars Symbols & Objects

Ursa's fictional backstory about an alien represents her desire to disassociate with the traumatic events that happened to her just before the events of the novel. Once Ursa does begin to talk honestly about her past, she continues to use the third person, as if to create a mental distance from those events.

A potato salad that Jo makes for herself and Ursa represents Jo's loving memories of her mother, Eleanor. Eleanor had passed away due to breast cancer, meaning that both Jo and Ursa are orphans.

Ursa's observation about the impracticality of airbags (that they are intended to be safety devices while in fact being harmful to kids) represents her general other - worldliness as a character. Even though Ursa is from the nearby town of Paducah, her new perspectives on the world, such as in this observation about airbags, lead Jo...

Where the Forest Meets the Stars from BookRags. (c)2023 BookRags, Inc. All rights reserved.