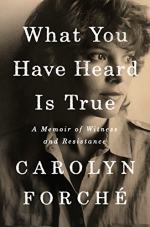 What You Have Heard Is True Setting & Symbolism

San Salvador is the capital city of El Salvador. Carolyn spends some of her time there, though Leonel frequently takes her to more rural areas of the country. The city, like many other parts of El Salvador, is wracked with violence in the 1970s.

Ahuachapán is a city in western El Salvador. It is here that Carolyn is taken to the jail there, where she witnesses torture and the inhuman conditions of the jail cells.

El Mozote is mentioned briefly at a number of points in the memoir. El Mozote is a town in the western department of Morazán and it is the site of a massacre of 1,000 civilians in 1981, just one year after Carolyn had departed the country.

The red papier-mache horse that Carolyn has in her house is a sign to Leonel of Carolyn’s...

What You Have Heard Is True from BookRags. (c)2023 BookRags, Inc. All rights reserved.