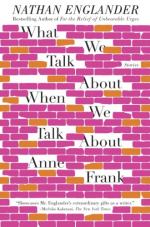 Although this story examines Judaism in several of its forms, Judaism can also be said to represent religion and culture more generally. The narrator, Deb, Mark, and Lauren all have different personal histories of and relationships to Judaism, and each of these dynamics are internally fluid and contradictory in their own ways. For the narrator, Judaism is a part of his heritage that he rejects on religious grounds, approaches with suspicion in its orthodox forms, and accepts as a matter of culture. For Deb and Lauren, Judaism influenced their upbringing but did not force them both down the same path. For Mark, Judaism is a primary part of his identity that must be kept alive through rituals that reach back to the past generations.

Names symbolize identity in this story and express both obvious and hidden truths about each character. Beyond the specifics of each...