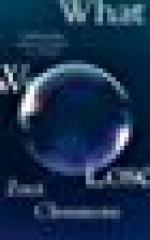 What We Lose Summary & Study Guide

What We Lose Summary & Study Guide includes comprehensive information and analysis to help you understand the book. This study guide contains the following sections:

This detailed literature summary also contains Quotes and a Free Quiz on What We Lose by Clemmons, Zinzi.

This guide was created with the following version of this book: Clemmons, Zinzi. What We Lose. New York: Viking, 2017.

Thandi was born in America to an African-American father and a light-skinned South African mother. Her mother's family was from the richest part of Johannesburg that was not subject to the violence of apartheid. Thandi's parents met when her father, an academic from Pennsylvania, traveled to Botswana to volunteer and met her mother. She later traveled to America to be with him, and they formed a middle-class family, him a professor and she a nurse. Growing up, Thandi was not exposed to the violence of South Africa, but only heard of it through second-hand accounts. However, she was still afraid of going there, living a protected, safe life in Pennsylvania that baffled her South African relatives. Due to her light skin, Thandi had a difficult time in the racial atmosphere of America, with her white friends telling her she was never really black. Her mother told her she would never be able to have a strong relationship with black women because they would always resent her. She also criticized Thandi for her choices in life, wanting her daughter to have straight hair and date a black boy. Thandi still develops a strong friendship with Aminah, a beautiful girl that she grew up with and who had an envious relationship with Frank, a boy belonging to a WASP family. While in college, Thandi also tried to be friends with Devonne, a proud, radical black girl. Though they initially had a strong rapport, the friendship eventually dissolved after Devonne grew resentful of the attention Thandi received.

Thandi also fell in love for the first time with Dean, a philosophy student at her college who also played in a band. Though Thandi gave him every attention and all her energy, Dean eventually turned to a white girl who fit in more with his lifestyle. Meanwhile, Thandi's parents sold their house and moved into an apartment, growing closer as they grew older. During a break in her relationship with Frank, Aminah realized she was pregnant, and with Thandi's help, got an abortion that she kept secret from Frank. Thandi's mother was diagnosed with cancer while Thandi moved back home to take care of her. Her mother grew weak before her eyes and Thandi took a leave of absence from school, losing the energy to go through with her studies. After her mother's death, Thandi and her father grew distant, and she eventually returned to school, using the money her mother left to pay her tuition. After graduation, Thandi moved to New York and began working for a government agency that did AIDS research. The job drained her idealism, while also providing her with love. For work, she traveled to a conference in Portland and met Peter. They developed a strong rapport but she found out he was moving in with his girlfriend and Thandi returned home disappointed.

The distance between Thandi and her father grew, as she realized he might be seeing another woman, which he eventually confessed. Aminah and Frank got back together and their relationship grew stronger, moving to Pennsylvania after their marriage. A year after they first met, Peter emailed to tell Thandi he had broken up with his girlfriend, and he paid to fly her to Portland. They spent time together, but when Thandi returned to New York, she found out she was pregnant. Peter visited her in New York, hoping to resolve the situation, but left her with a check for six hundred dollars and ceased communication for a while. Thandi became depressed but Peter eventually came back around and they got married, naming their son Mahpee, calling him M for short. Peter moved to New York and Thandi used the remainder of her mother's money to buy a house in Queens. Though initially their marriage went well, the stress of raising a child and Peter's lack of career progression led to tensions in their marriage. While at a conference in San Diego, Thandi cheated on Peter with a man who looked like someone her mother would approve of.

When she returned home, Thandi asked Peter to move out, at first temporarily and then permanently. While Peter was emotional, he agreed to the move. In a conversation with Aminah, Thandi realized that she had gotten married to Peter too quickly, and that had contributed to their separation. Eventually, Thandi left the house to Peter out of pity and moved into an apartment, sharing custody of M with Peter. The stress of a being a single mother began to grow on Thandi, but she has financial support from her father, who marries Elma, the woman he was dating. Thandi struggles with M, loving him dearly and also getting upset at the stress he causes. As her life moves forward, Thandi realizes she is losing her connection with her mother, and that her absence is something that will always be present. Despite the constant absence she feels, Thandi channels her mother in how she interacts with M, loving and caressing him the way her mother used to with her.

What We Lose from BookRags. (c)2022 BookRags, Inc. All rights reserved.