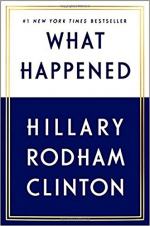 Important People in What Happened

Hillary Clinton was the Democratic nominee for President in 2016. She previously served as Secretary of State, a Senator from New York, and First Lady during her husband’s Presidency. Prior to her time in public office, Clinton worked as public interest lawyer, primarily for the Children’s Defense Fund. Hillary was favored to win the 2016 election, but struggled to attract and motivate voters who were primarily interested in change. Her reputation was also damaged by excessive and sensationalized media coverage of minor missteps, including her use of a private email server while Secretary of State. Following her defeat, Clinton created a new organization, Onward Together, that supports new progressive activists.

Donald Trump is the 45th President of the United States. He was elected in 2016, defeating Hillary Clinton after securing the Republican Party’s nomination. Previously, Trump was real estate mogul and reality TV star...